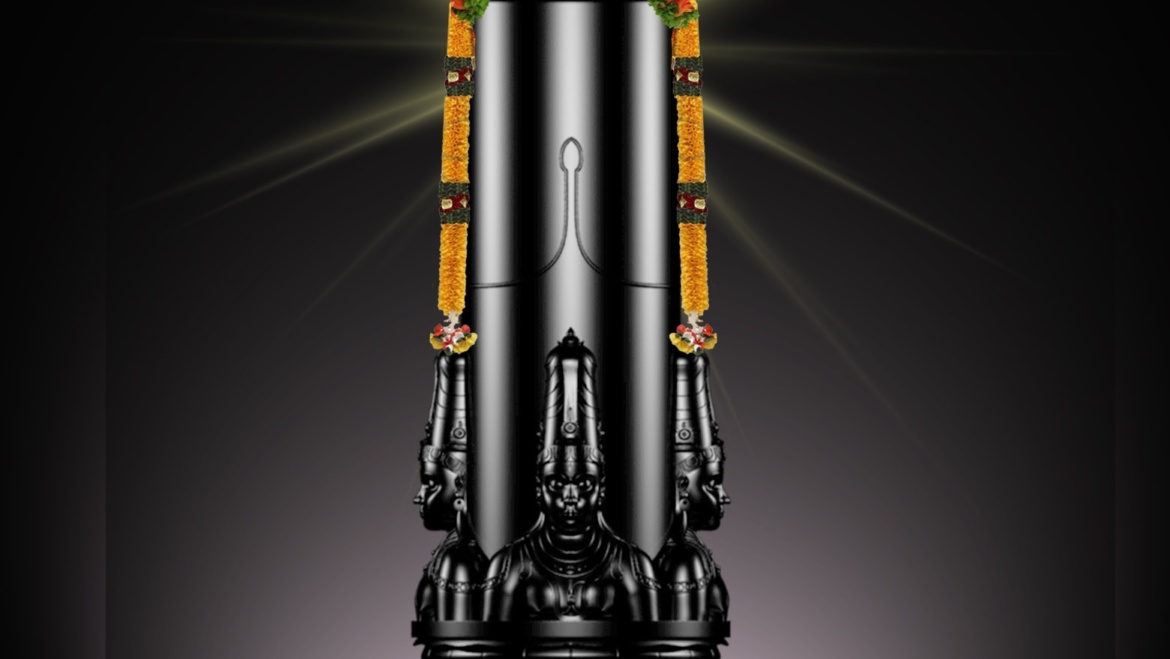 The five faces of Shiva are responsible for the creation of this world and its beings. Creation is made using the five forms of Shiva. Without it creation is not possible.

Sadyojata is a combination of two words – ‘Sadyaha’ which means just now and ‘Jataha’ which means now born. Shiva manifests himself and makes his presence known through the newborn souls. In this he is the creator. Shiva enters the Jeevi and causes Jeevana. Sadyojata shows the creative aspect of lord Shiva. As a being exists in this world through his birth, this aspect of Lord Shiva is worshiped first. This aspect is associated with the color white which represents purity. Shiva is shown as white holding the Vedas and rosary in two hands and showing gestures of protection and granting wishes in the other.

The prayer for this form of Lord Shiva is

The term Vama means left as well as innocent. The term VAMA means Left or innocent. When we stand facing the east direction, the north is to our left.  If we stand facing east, north direction is to our left. So, in this aspect Shiva is the north faced lord and hence he is worshiped as Vamadeva. In this aspect Shiva is shown as red in color wearing red ornaments with four hands- rosary and hatchet in two hands and the other two showing gestures of protection and granting wishes.

This face of Shiva is associated the Shakti i.e. strength. It represents Maya, the grand illusion and feminine strength and beauty. It also represents the power of action in our body.

The prayer for Lord Shiva in this aspect is

This aspect is also known as Rudra. When we stand facing the east south is to our right. Hence in this aspect Shiva is the south faced lord. In Aghora – ghora means the dreaded. So in this aspect Shiva has raw powers and his main function is destruction and hence he is also called the destroyer. He provides justice and enforces law. He shown having four faces and nine hands that carry an axe, shield, elephant hook, noose, spear, skull, drum and rosary.

This aspect is associated with the power of the mind and represents the power of knowledge as well as intellect in a person.  Those who worshiped the aghora form of Shiva were called as Aghoris. Their main belief is that there is no such thing called “inauspicious” in this world because all that exists if Shiva himself.

The prayer for Lord Shiva in this aspect is-

In Tatpurusha, the word ‘Tat’ means Paramatma. Altogether Tatpurusha means Saguna filled Parabahma form. This form of Shiva is always in mediations and provides abundant blessings to the world. Also this form of Shiva is the east faced god hence he represents the rising sun. He is shown as golden in color with three eyes and four faces. He wears clothes that are yellow in color and stands in the company of Goddess Gayathri. Also Tatpurusha signifies Shiva as a protector of all living beings.

This form represents the power of bliss. Also since it is associated with earth, it also represents our focusing power.

The prayer for this form of Lord Shivais-

Ishana is derived from the word ‘Ishvara’ which is a combination of ‘Isha’ and ‘Aishwarya. Hence this form of Shiva represents him as the lord or Ishana of all the fourteen worlds. Also in this form the face of Shiva is towards the sky. This shows us that the fifth face is on top of the other four faces that are facing the four different directions.  This face is skywards. Which means it is on top of the other four faces which face the four directions. In this aspect Shiva is shown as copper in color standing alongside a she-goat. He has a total of 10 hands. In his hands he carries the Vedas, an elephant hook, a noose, hatchet, skull, drum, rosary and trident. The remaining two hands show the gesture of protection and granting wishes.

This fifth face of Shiva represents the creation – balance – annihilation energies and control and chaos energies. It indicates the total encompassing energy of Lord Shiva. In humans it represents the power of their consciousness to realize universal consciousness.

The prayer for this form of Lord Shiva is

These five forms and functions of Shiva are essential for our existence, continuation, transformation, purification and liberation. So we be aware of them and worship them accordingly.